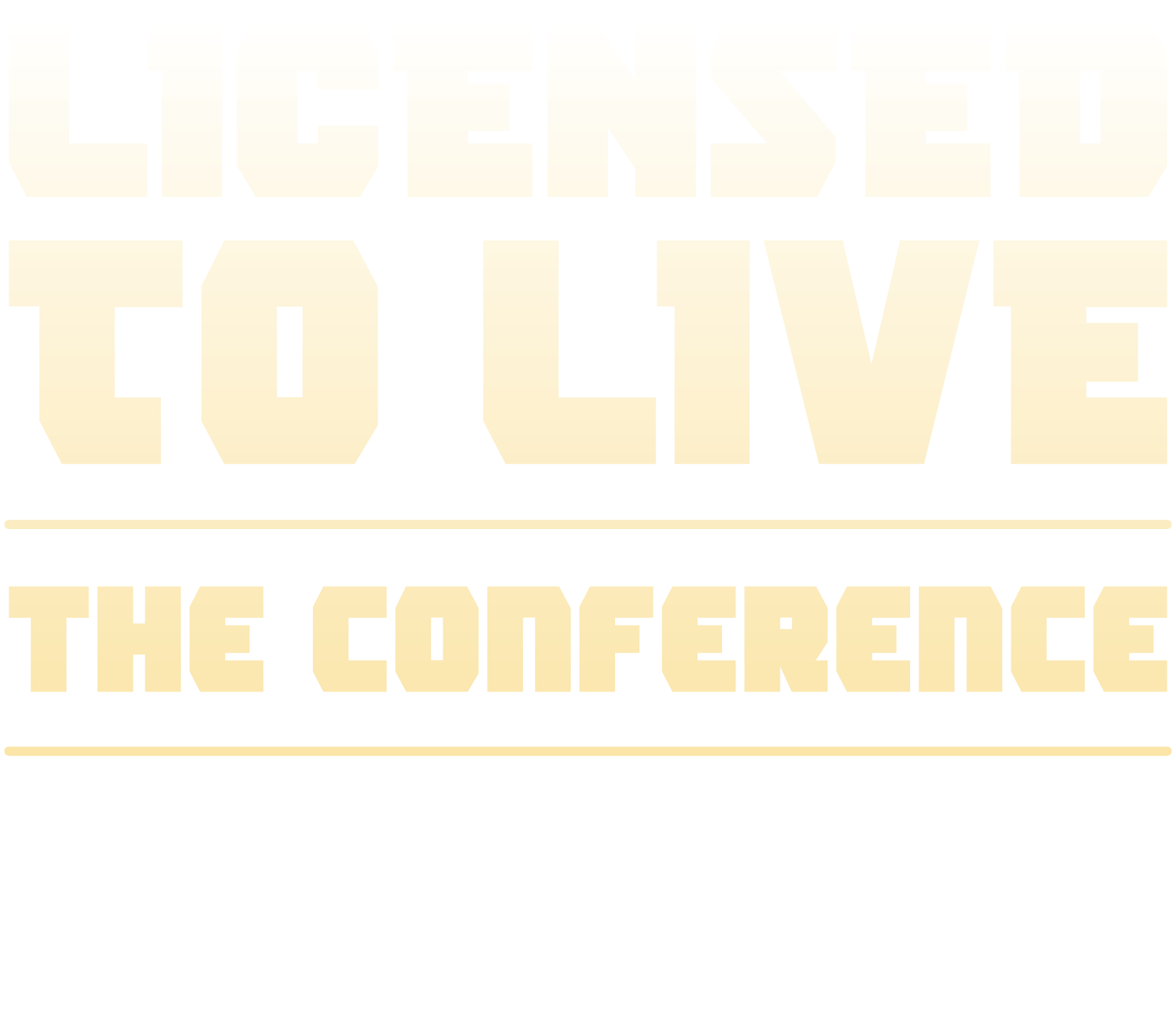 Attention: Health Professionals
Ever feel as if you've lost control of your career? Do you feel like you need to push the reset button?

Then it's time to change your life and carve out the career of your dreams.

Join me at Licensed to Live The Conference July 8-10, 2022, live from the The Bellevue Philadelphia, as we explore the vast possibilities available to you as a physician or health executive and help you ignite your career into the life you desire.

Come and hear from expert health professionals as they offer actionable, dynamic, and inspirational information, and get ready to leave...

It's time for you to be happy!

Dr. Cyntrell is an Adult Psychiatrist who focuses on Addiction Recovery, who is also speaker, author and consultant. In addition, she is a media personality regardingAddiction/ Recovery and Mental Illnesses. The Founder and Chief Medical Advisor of DrCyntrell.com, she discusses techniques to help individuals take control of their life through recovery. Dr. Cyntrell also shares mental health and addiction expertise via her docu-film Us vs. The Plant. Her mission is simple: Life solutions for addiction and recovery. Dr. Cyntrell earned her Doctorate of Medicine degree from The Tulane University School of Medicine and completed her internship and residency at TheUniversity of Texas Health Sciences Center at Houston Department of Psychiatry and Behavioral Sciences.

Up until September 2019, Philadelphians woke up to Katie Fehlinger delivering the weather forecast on CBS3 Eyewitness News This Morning. But the 2:45 A.M. alarm eventually wore out its shelf life and Katie decided to take the biggest leap of her life. She left what many would consider a dream job as meteorologist in the #4 market to pursue her true version of happiness - the freedom to make her own schedule.

Before switching professional focus and leaving KYW-TV, Katie made stops at WCBS in New York, AccuWeather Inc., and WLVT as a reporter/producer. She’s worked as a regular game day meteorologist for several regional Fox Sports Networks, NESN, YES, and the Big Ten Network. She also appeared on a host of other major networks including ESPN, ABC, FOX News, FOX Business and Bloomberg. In addition to her television resume, Katie has worked extensively in radio, the highlights of which include a multi-year run as KYW Newsradio’s AM drive meteorologist and as newsbreak anchor for Talk Radio 1210 WPHT.

As one of the nation’s most acclaimed ICU physicians, Stephanie E. Freeman, MD is a board certified Critical Care physician, a best-selling author, speaker, and consultant. In addition, she is THE expert in helping doctors discover alternative careers in medicine.

As Founder and Chief Medical Advisor of DrStephanieICU.com, Dr. Stephanie discusses real world career strategies to help physicians “think outside the box” regarding their careers. By sharing advice on how to find alternative careers in medicine, Dr. Stephanie helps physicians practice medicine on their own terms.

Dr. Lisa Herbert is a board-certified family physician, executive leadership coach and DE&I consultant with over 25 years of experience of providing primary care and serving as a healthcare leader. She utilizes her unique background and extensive experience of being a physician and a healthcare leader in hospital administration, public health and the health insurance industry to offer coaching, consulting, workshops and training to help physician’s transition into effective leaders with the support of their organizations. 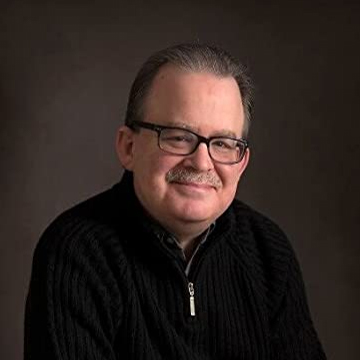 Dr. Jeep Naum, physician, coach, and author, has been a physician for 31 years and a couples coach for 27 years with his wife, Vanessa, an MBA and sex and relationship coach. Dr. Jeep brings a wealth of knowledge and insights to share with physicians drawn from his own vast reservoir of distinctive experiences. In his career as a physician, he personally witnessed many marriages die needlessly on the vine. As a child, he experienced firsthand the trauma, pain and horror of watching his own dysfunctional physician family disintegrate and destroy the family wealth. He decided there had to be a better way.

Dr. Jeep is the author of What’s Forever For? A Physician’s Guide for Everlasting Love and Success in Marriage.

He has been featured on many online podcasts and is a regular contributor to Physician Outlook Magazine. Dr. Jeep and Vanessa have assessed physician marriage challenges from every conceivable angle. Through in-depth conversations with hundreds of couples, we have found that most don’t have the basic tools to survive the storms of life. And without these tools, even the strongest of marriages can hit the rocks with devastating results. The good news is that our 90 Days to Clarity and Connection Program provides a trusted and proven blueprint for physician marriage success.

Dr. Kina Peppers is a highly acclaimed board certified OBGYN, dynamic speaker, and Women’s Healthy Lifestyle Coach. She is also a retired Lieutenant Colonel, veteran with over 24 years of service, and two tours in the red zone of Iraq earning her a Bronze Star. As an accomplished OBGYN with over 20 years of medical expertise and delivering comprehensive healthcare, Dr. Kina faced her own health crisis and has a passion for helping women take control of their health.

A true advocate, Dr. Kina is focused on patient outcomes and total well-being. She is adept at empowering women by educating regarding preventative, therapeutic, and surgical options. Additionally, she is a philanthropist who encourages active involvement in the global advancement of women’s medicine. She is known for having a great rapport, which enhances the clinical experience while maintaining the trust of her patients. This has been critical to her success in delivering quality care with measurable outcomes. 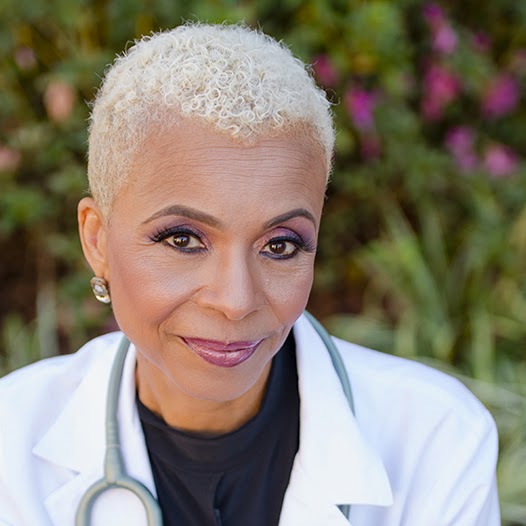 Dr. Carol Penn is a physician board certified in both Family Medicine and Obesity Medicine with a focus on mind body medicine; arts medicine; and nutrition medicine emphasizing prevention and wellness to optimize human potential. Additionally, Dr. Penn, has a strong interest in integrative approaches to palliative care medicine and is a published researcher in End of Life Care and Mind Body Medicine. A popular and frequently sought-after national speaker, Dr. Penn is also author of Meditation in a Time of Madness.

Doctor Bonzo is the chair of Community Medicine, the associate dean of Diversity, Equity & Inclusion, and a professor of Family Medicine at Mercer University School of Medicine in Savannah, GA, where he was also born and raised. After receiving his BS degree from Morehouse College and MD degree from Morehouse School of Medicine in Atlanta, GA, Bonzo moved to North Carolina, where he completed his family medicine residency at the University of Carolina at Chapel Hill. Bonzo has won 14 teaching awards and has developed a national reputation as an innovator in medical education. He is on the trustee board for the Society of Teachers of Family Medicine (STFM) Foundation. He completed 2 faculty development fellowships at the University of North Carolina at Chapel Hill, where he also obtained an MPH degree with an added interdisciplinary certificate in health disparities.

Talonda S. Rogers is a nurse consultant, speaker, best-selling author, and nurse educator. She has a Master of Science in Nursing Education degree from West Chester University in Pennsylvania. Before entering the healthcare field, Talonda received a Bachelor of Science in Marketing from West Chester University. Talonda works for the same program where she started her career as a Licensed Practical Nurse (LPN) back in 2007. She is the founder of RISCQ by TALONDA Healthcare Consultants & Educators, LLC. RISCQ is a business focused on decreasing healthcare disparities in the United States through education.

Talonda has a deep desire to make a difference in the high maternal mortality death rate in the United States because she has the first-hand experience suffering the loss of her first-born. Statistics show that most of these deaths are preventable and that many are because women of color aren't listened to. Her signature speech L.I.S.T.E.N has been an eye-opener for medical professionals, nurse educators, and healthcare students all over the state of Pennsylvania.

Talonda is also the founder and leader of LOVED (Ladies of Value Encouragement & Determination). LOVED is a women's group that supports and uplifts women's issues in her community in the great state of Pennsylvania and across the states of Delaware, Maryland, Virginia, Georgia, Louisiana, Florida, Texas, and the group is still growing. She loves to reiterate "There is more that unites us than divides us." When not focusing on "all things nursing" or growing her women's group, Talonda enjoys spending quiet time with her family. For more information about Talonda's projects please visit her website at www.riscqhealthcare.com.

Come To Philly and Have Fun!

About Your Host, Doctor Jarret

Jarret “Doctor Jarret” Patton is the founder and CEO of DoctorJarret, PLLC, a firm which helps educate, enlighten, and improve healthcare. He shares his work, mission, and purpose through books, coaching programs and public speaking engagements.

Doctor Jarret’s work can be seen in medical literature, journals, news segments, radio, and books primarily focused on general pediatrics, cultural competency, and health equity. He has personally written four books including “Licensed to Live: A Primer to Rebuilding Your Life After Your Career is Shattered” a #1 best-selling book which was awarded Memoir of the Year from the Indie Authors Legacy Awards.

Doctor Jarret has served thousands of children in eastern Pennsylvania through his dedicated career as a pediatrician and Medical Director for over 20 years. His servant leadership and devotion to advocating for children’s issues has led him to become a change agent in healthcare. As a former President of Medical Staff at an 8-hospital system, Doctor Jarret has worked with fellow leaders to promote both children’s health and equity in challenging and complex environments.

Aside from his years of successful work in pediatrics and coaching, Doctor Jarret has advised in regional and national committees, such as: The Joint Commission, American Academy of Pediatrics, and the American Hospital Association. His post-medical training included fellowships with organizations such as the Disparities Leadership Program at Massachusetts General Hospital and the Cultural Competency Leadership Fellowship with the Health Research and Educational Trust.

Doctor Jarret received his B.S. in Chemistry from Xavier University of Louisiana. After completing undergraduate studies, he attended Case Western Reserve University School of Medicine to complete his medical degree. He also completed his pediatric residency at New York University and Bellevue Hospitals in NYC.

Locum Tnens for Physicians in 2022 and Beyond | Speaker: Dr. Stephanie Freeman

Will It Always Be Us vs The Plant? | Speaker: Dr. Cyntrell Crawford

Wrap-up and Next Steps

PHOENIX RISING: A Relationship Born Out of Necessity, Beaten Down by Catastrophe, and Raised in Triumph | Speaker: Dr. George Naum

Why Being Black is More Dangerous Than Smoking | Speaker: Dr. Bonzo Reddick

GET THE CONFERENCE REPLAY NOW